By RockyDecember 27, 2022No Comments4 Mins Read 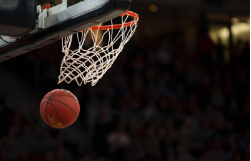 The voting for the NBA All-Star teams opened on December 20, with fans able to submit their vote for players they want to see on the Western and Eastern Conference teams. Voting is open for the next four weeks, and the NBA All-Star game will take place on February 19 in Salt Lake City, Utah.

(Photo by Markus Spiske on Unsplash)

The All-Star game is one of the most exciting events on the NBA calendar, giving fans a chance to see the best players in the league playing together. The vote is split between fans, media, and players, with two teams made up of the most voted-for players from each conference. Fans can vote online for up to ten players every 24 hours, and there will be six days when votes are tripled.

Before you vote for your top players, take a look below at some of the best candidates for this season’s All-Star game. You can bet on the game at Betway, as well as all other NBA games over the course of the season.

These are some of the best candidates from the Western Conference.

Curry is a major part of the Warriors’ success in recent seasons, and he’s still playing well this season, despite his team’s troubles. Most recently, he led his team to three straight wins, before falling to defeat against the Mavericks that went to overtime. He’s played 13 games this season where he’s finished with more than 30 points and although the Warriors have fallen down the table.

It’s impossible to overlook Jokic, who has won the MVP award the past two seasons in a row. He recently reached a new record and became just the third-ever player to score 40 points, 25 rebounds, and 10 assists in a game. In addition, he set a career-high of 27 rebounds, something that has only been matched by Wilt Chamberlain more than 50 years ago.

The Lakers have been off the pace this season, but Davis has been carrying them, putting up impressive stats while doing his best to replace LeBron. He’s been on the All-Star team eight times previously, and most consider him a lock to make it once more. At the beginning of December, he earned the Western Conference player of the week award, and his production rate is incredibly high.

These are some of the best candidates from the Eastern Conference.

Giannis Antetokounmpo is one of the most obvious candidates for the Eastern Conference All-Star team. The 28-year-old center recently helped the Bucks defeat the Pelicans as he scored 40 points, his fourth 40-point game of the season. He’s won the NBA MVP award twice and could easily grab another this season while also becoming just the eighth player in the NBA to ever average 30 points or more, 10-plus rebounds, and five-plus assists in a season. Meanwhile, his shooting accuracy is 53.3% from the field.

Although Durant and the Nets haven’t been at their best at the start of the season, they’ve both improved recently. The Nets faced challenges on their sixth straight victory on Sunday, coming back from a 19-point deficit to defeat the Pistons 124-121. Durant contributed his second 40-point performance of the year and moved up to 16th all-time in NBA scoring.

Brown has only ever played in one All-Star game, but the 26-year-old has been one of the best players for the Celtics in recent seasons. He’s currently in the form of his life, setting career-high stats for points, rebounds, free throw percentages, and more. It would be a shame for him to miss out, especially when he plays so well alongside Jayson Tatum.