Dr. Vo: The dentist dedicated to paying it forward

By tamildaFebruary 24, 2021No Comments5 Mins Read 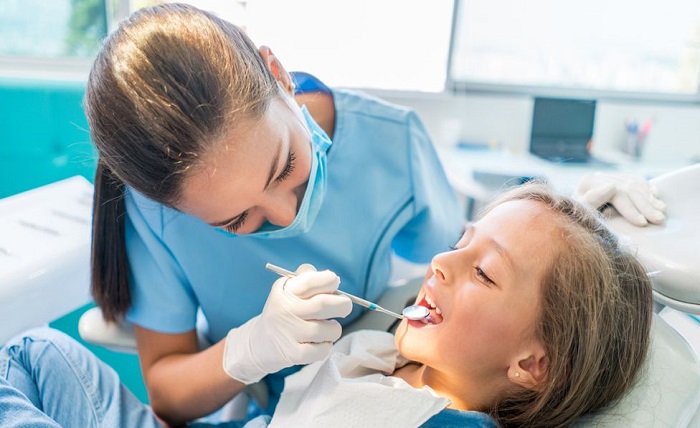 There are a lot of dentists out there, but none of them are quite like the entrepreneurial Dr. Vo. He grew up in Pasadena, Texas after his parents immigrated from Saigon, Vietnam. Growing up, Dr. Vo was always taught to focus on his education and always work hard so that he can one day achieve the highly sought after, American dream. He followed his parents advice throughout his youth and stayed focused on his studies. Regardless of being so focused oriented, he and his siblings did often run into issues along the way.

Whenever Dr. Vo and his four siblings would run into any issues, they turned to their family friend and mentor, Mr. Dr. Vo Leon Rogers. He was there to help Dr. Vo and his family transition into this new country and provided close advice to Dr. Vo in his youth. He remembers the best advice that he ever got was when Rogers told him, “If you find yourself to be fortunate in this life then always pay it forward”. This advice impacted Dr. Vo’s life tremendously. He made helping as many entrepreneurs as possible a part of his future life goals. He may be a very successful dentist now, but he never planned on entering the dental industry. It was not until he spent a week working as his sister’s dental assistant that he decided to go to dental school.

Starting dental school was key to Dr. Vo’s path to success. He also met his wife at the dental school where he was studying. With the help of his wife, he was able to open a dental office alongside her. Denton Smiles Dentistry in Denton, Texas, is the highly successful dental office that Dr. Vo and his wife started in 2009 and have been managing ever since. By combining his passion for entrepreneurship, connection skills, and the things that he did well within his industry he was able to create a strategy for success, he calls it the triangle of genius. In order to keep this dental office from blending in with the rest, Dr. Vo utilized the help of social media and online relationships. He started growing a following and has turned into a prominent social media influencer. Currently, the Facebook account which he uses to reach his audience has surpassed 30k followers. Dr. Vo preaches to his audience how important creating a social media presence is to an entrepreneurs success. He believes that without a proper online presence, strategy, consistent and quality content, promotion, and an understanding of your audience, you will not gain an online presence.

Dr. Vo has continuously used his social media influencer status to connect with as many people as he can. Using his entrepreneurial spirit he was able to create a platform where any aspiring dentist can go to get help on how to start their own office as efficiently as possible, Nifty Thrifty Dentists was the result. This platform offers plenty of podcasts and live video streams so that everyone has quick and easy access to the information they need. Dr. Vo has been featured on multiple podcasts and has spoken at multiple events in an effort to reach as many people as possible. Dr. Vo has published courses on Groupology so that anyone who wants to learn from him can do so wherever they are in the world. Recently, he has started the process of publishing his own book, “Industry Influencer”. This book is supposed to give its reader all the information necessary to scale their business with social media and other connections. He wants to teach up and coming entrepreneurs the steps necessary to create a successful business and most importantly, he wants to teach them that they need to keep working on their dreams and ignore anyone who tries to put them down. Ignoring everyone who tried to put Dr. Vo down was one of the hardest parts of his journey, but he just had to learn to surround himself with supportive people.

As of 2020, it is the fastest-growing public relations firm in the Los Angeles and Dallas/Fort Worth Area. Mucklai says, “In the world of ever-changing markets, you have to be able to move fast and adapt in order to stay on top. There are many factors that play out when it comes to being successful in your specific niche. A few simple ways to stay ahead of the competition is by constantly brainstorming new ideas to grow, creating new strategies to become more efficient, and keeping track of your audience.”