By Rabbi It FirmJanuary 4, 2022No Comments4 Mins Read 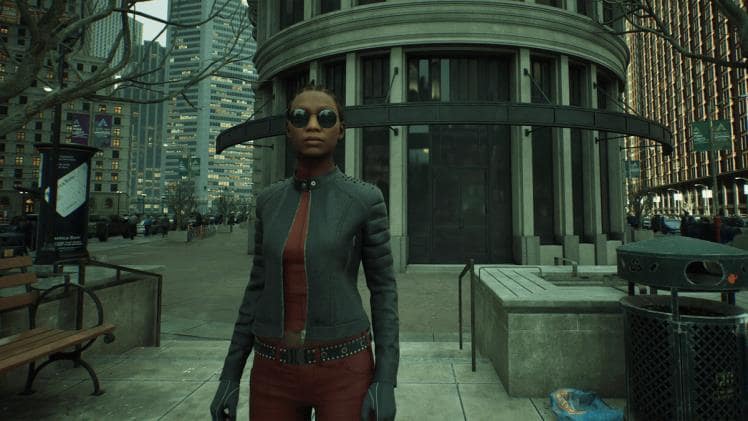 With the next film in the series, Matrix Resurrections, hitting the silver screen on boxing day, fans of The Matrix are gearing up like it’s 1999. Expected to be an audio/visual treat at the very least, the new film has a lot of expectations surrounding it, and like the older movies, the world doesn’t stop there.

Instead, Warner Bros. Pictures and director Lana Wachowski have leveraged the philosophical themes of The Matrix to explore its relationship with cutting edge technology in the form of an Unreal Engine 5 tech demo. Called The Matrix Awakens, this short interactive experience extends an idea that has been bouncing around entertainment for decades, bringing with it some interesting questions only the newest technology can answer.

What is The Matrix Awakens?

Essentially, The Matrix Awakens is a technical demonstration of the power of the new generation of video game consoles. Rather than acting as a full game, Awakens offers a small taste of what can be accomplished with the right investment and the best consumer-grade technology, as explored by Digital Foundry. Starting with an introduction from Keanu Reeves, Awakens asks the same sort of questions of identity that the films posed back around the new millennium.

The demo then goes into what would generally be called an on-rails quick-time event. These are parts of gameplay where the player is offered a limited form of interaction, as the game attempts to do something too spectacular to be feasible in more open play. In this case, Awakens follows a shootout, with the player using pistols and a machine gun to fight off attacking agents.

By staying on rails, the demo ensures the experience runs a path that never over-taxes the hardware. This assures a predictable level of quality, which is necessary, given just how visually impressive and hardware-intensive the demonstration is. Unreal Engine 5 is, after all, one of the most advanced video game systems that exist, so pushing it as far as possible means taking into account all possible variables.

Finally, the demonstration ends on an open world section, where the player is free to drive around and explore a city. This effectively acts as a further illustration of the engine’s capabilities in a free-roaming environment. As with many of the games we cover here at Tamildada there’s a lot more here than a cursory glance would suggest.

As for what the demo wants to accomplish, it seems to lean into the same idea of the original films, in demonstrating how advancing technology can be utilised to redefine the boundaries of media and reality. At its core, this concept has been explored for years in the form of basic franchise crossovers and advertising efforts.

Some of the more popular examples of this in the ’80s could be found in properties like Robocop or Terminator. Designed as films, these properties would extend further into collectibles, merchandise, video games, and much more. Combined, all of these aspects would create a sort of feedback loop, with the increasing popularity of the whole continually driving greater sales.

In a more contemporary sense, this level of advancement has been demonstrated best by the technological progress seen in something like the online casino industry. Consider something like the Pragmatic Play slots, which are common in major digital casinos. From small beginnings, these are now covered on many websites as the communication between the markets expands. Similar growth applies to the games themselves, which now offer dozens of varieties and themes thanks to the constantly evolving digital ecosystem.

The Matrix Awakens illustrates all these ideas explored through another avenue, tying the film’s digital effects together with the possibilities of newer real-time fake environments. Though the series has had prior games, like Enter the Matrix and Path of Neo, neither of these could ever be confused for real life. Awakens demonstrates how much this has changed, and given the films are built on the idea of fake but entirely believable digital constructs, the relationship here is stronger than in most media crossovers and extensions. We’re at a point where projects like virtual reality could trick the average person, and the implications of this age on the social, technological, and political landscapes are enormous.

Regardless of how the new Matrix movie turns out, there’s no questioning the place that the series has consolidated within the film and digital effects industries. Even if it flops, the attention that it and The Matrix Awakens has brought to the current potential of real-time graphics isn’t likely to be missed by other studios. We’re at a tipping point, but as for what this could mean for the future relationship of films and video games, that much remains to be seen.

Share. Facebook Twitter Pinterest LinkedIn Tumblr Email
Previous ArticleDebris Removal—Purchase A Car From A Reliable Site
Next Article However, you may not be sure which toto site to choose. That’s why you should read some toto site reviews first