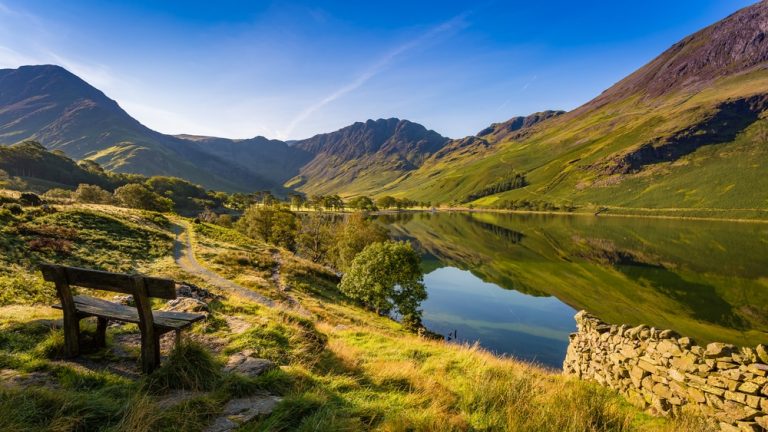 Here are the top picks of the most splendid national parks in UK to visit.

The oldest national park in England, Peak District National Park offers two sides for you to explore. Taking a bike starts your exploration from the north, where the Dark Peak’s moorland, the highest plateau of the Peak District, rewards adventurous rides and panoramic views, and as you explore the south, the greener meadows will calm your soul.

Cairngorms National Park offers one of the most authentic wilderness experiences in Scotland, with the highest mountains in the country. Lying in the heart of the Highlands, the mountains, gleaming lochs, and glens have sheltered generations of wildlife, including red deer, osprey, and golden eagle. It is one such beautiful park that can only be explored on foot.

The spectacular landscape of the Brecon Beacons National Park hosts a series of green ridges covering 542 square miles in Mid Wales. It includes four ranges: the Black Mountains, the Central Beacons, Forest Fawr, and the Mynydd Du. You can either hike or ride a bike through the mountains and challenge yourself to reach the highest point.

Did you know that the New Forest was named by William the Conqueror? Yes, the National Park is that old. It was declared the Royal Hunting Forest nearly a thousand years ago. Although the park is not completely covered in woodland, the scenic corner blooms with purple-flecked heathland giving a dreamy terrain to explore.

Housing seamless islands and islets, Loch Lomond gives you the tranquil taste of the Highlands. The park is brimming with beautiful spots as the shores are bordered by the snow-covered peaks on one side and the lush forests on the other. There are over 22 lochs and 21 Munros, including the tallest mountain peak and the largest lake in Scotland.

If you are searching for serene nature with epic sunsets, Dartmoor National Park is the perfect spot for you. The rugged moorlands of Dartmoor are renowned for their wild ponies, mysterious and strange stone sculptures, and lustrous manes. It is the only National Park in England with a permit for wild camping.

South Downs National Park is among the newest national parks that hikers love to explore. The trails form hundreds of miles of beautiful terrain, taking you all the way to Beachy Head in Eastbourne. The park has always been a precious retreat for the populated Southeast region.

Lake District National Park is one of the famous national parks known for its lovely lakes, steep hills, and lush vegetation. Fascinatingly, these lakes are even home to the tallest peak in England, Scafell Pike. There are several stunning spots to explore, paddleboard, and hike along the trails to view the astounding landscape of the best national park in the UK.