Despite Major Changes, Georgia Is Still Not a Strong Democratic State 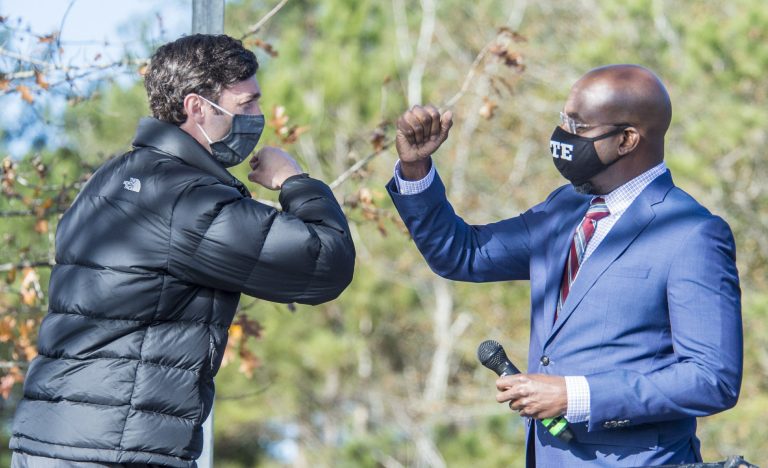 Western nations, with the most mature politics and the oldest democracies, are the hope of post-soviet nations such as Ukraine and Georgia. Nonetheless, despite their involvement in Eastern Europe politics, democracy remains a work in progress. Fortunately, these democracies offer a diverse range of opportunities for the reform and development of other institutions. Their work in the region serves as an example to countries such as Ukraine and Georgia that have been struggling with problems related to economy, education and civil society.

Georgia is one of Eastern Europe’s political vanguards, but its pursuit of democracy faces significant internal opposition from leaders who want to undermine the independence of governmental and non-governmental organizations (NGOs). Georgia’s government has been working hard to push through reforms that make it easier for the public sector to operate. However,  some changes to the public sector have faced criticism over their potential negative impact on civil liberties during the transition period. Public-sector reforms in Georgia include the simplification and decoupling of public institutions, which is meant to improve efficiency and reduce corruption; but critics have argued that these reforms can potentially damage citizens’ rights as well.

Georgian society has been characterized as “highly polarized” because it is divided between those who support the reforms and those who do not. To overcome the obstacles posed by such elites, Georgia must find a way to raise the voices of the people by empowering adversary leaders and media outlets to bring about a balance in power-sharing.

Georgia has undergone significant democratic reforms with progress toward becoming a full-fledged EU and NATO member, but democratic irregularities in its electoral system remain prominent. For example, in November 2020, the opposition accused the ruling party, Georgian Dream, of rigging parliamentary elections and boycotted the parliament.

The European Union has made efforts to mediate disputes between the ruling authority and the opposition; nevertheless, the fact that the ruling party maintains control of major governmental institutions continues to be a barrier that needs to be overcome before any progress can be made.

The realization of Georgia’s democracy is only possible with more aid from the West and stronger resistance within Georgia. The Rose Revolution of 2003, which was ignited by the United National Movement (UNM) and resulted in a power transfer, might serve as a useful lesson for the Georgian people. The origins of the Rose Revolution can be traced back to discontent with the way the government was managing elections, the economy, and instances of corruption in the country at the time. These are the same issues that are plaguing Georgia at the present time.

The State of Democratic Progress in Georgia

Georgia’s democratic process has never been permitted to fulfill its full potential since 2012, when the country experienced its first peaceful change of power. According to available evidence, the country’s degree of democracy has been progressively declining for the greater part of a decade. According to the Freedom House research titled 2022 Nations in Transit, which was published on April 20, 2022, Georgia’s democratic score declined from 3.18 out of a possible 7 points to 3.07.

The 2021 December NDI and CRRC paper highlights data from a public opinion survey that show a rising proportion of Georgians are losing faith in the country’s ability to maintain democracy. The majority of people oppose even the notion of democracy.

Since the 2016-2017 academic year, when it was about 3.39, Georgia’s democratic score has been on a declining trend. Georgia is now trailing other front-runners such as Ukraine and Moldova, which both have 3.36 and 3.11 points more than Georgia.

The Current State of the Media in Georgia

The will of the people is the most crucial thing to consider in a democratically controlled government. However, in order for the people to act in unison and shed light on leadership flaws, the media must be free of censorship and immune from arbitrary prosecution. Only then will the people be able to act as a unified front.

Anyone who has the guts to speak out against the ruling party in Georgia risks serious repercussions, including prison and even death. One of the most contentious instances of democracy sabotage has been directed at Rustavi 2, the country’s most popular television channel. Between 2004 and 2012, the station had roughly 20 different owners, with the majority of these changes occurring to fit the political interests of the station’s management.

Following the Rose Revolution, members in the president’s inner circle gained control of the television station. The court found Saakashvili’s administration guilty of purchasing the TV station from Kibar Khalvashi in 2017 for less than its market worth. Georgians saw the decision as unjustified and say that it was used to limit the opposition after Saakashvili’s shift to the opposition, which had brought the TV’s influence along. They believe it was employed for this purpose. The previous court’s verdict was upheld by the European Court of Human Rights.

What Kind of Response Is There From the Media Regarding Censorship?

Historically the media in Georgia has been relatively silent on the topic of censorship. This is most likely due to the tight control that the government has over media in the country. Established in 1989, the Georgian National Broadcasting Corporation (GNBC) is a public broadcaster that operates on a tight budget. They are government-run and prohibited from airing any content that may not be in line with the Georgian government’s beliefs.

However, a healthy democracy, on the other hand, requires independent media as well as journalists who are not hesitant to criticize the ruling party. This is the foundation of a functioning democracy. Despite Georgia’s lengthy history of political media influence, the protection of a free press is critical to the country’s establishment of a modern civil society and a vibrant democracy. Recent events in Georgia have highlighted the importance of individuals having enough power and influence to oppose any attempts to establish control over them. Many of those who broadcast anti-government content are now facing criminal charges. Despite being exposed to personal legal pressure begun by the governing party in what is considered to be an effort to silence the station, FormulaTV’s owner, David Kezerashvili, continues to promote the channel’s unbiased broadcasts, including critical evaluations of the ruling party. This is amid reports that the ruling party is seeking to suppress the station. The event occurred in response to election projections that were being broadcast on the stations, which were not favorable to the now-in-power party. The station’s owner and CEO have both committed to keeping the channel on the air and providing unbiased and objective political analysis to the people of Georgia.

The Western world has made major contributions by protecting opposition members and preventing the full destruction of Georgia’s democratic system. However, Western nations will find it difficult to give assistance in the absence of strong opposition from political leaders and a free press that will campaign on behalf of the people. If the country wants to develop a new civil society with a vibrant and functioning democracy, it will require Western assistance as well as local support for independent private broadcasters and publishers.