Diablo 2 Resurrected: Kill the Uber Bosses & Get the Hellfire Torch

By RockyFebruary 21, 2022No Comments4 Mins Read 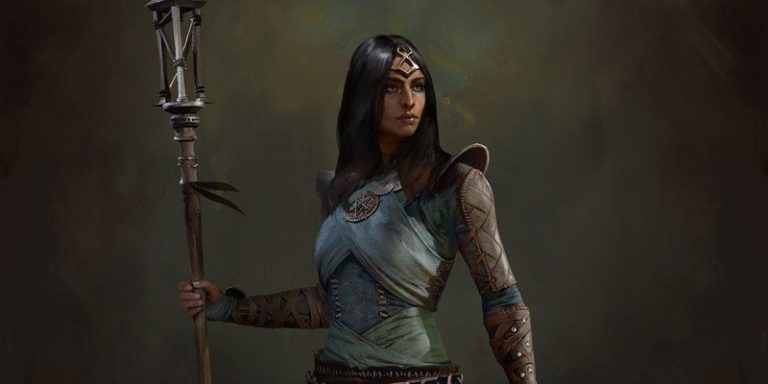 Here is a guide to access the ultimate content of the D2R remaster, the most difficult, highest level, but also the most profitable with an overpowered charm, the Hellfire Torch, as a reward for those who will take up the challenge of Uberland.

If beating Diablo 2 Resurrected’s Hell Mode isn’t enough for you, and even tougher challenge awaits if you’re willing to farm and die. Have an overpowered character or a good group with the best Diablo 2 Resurrected items on your build. If you have played Diablo 3, the principle should not be foreign to you, with the famous Infernal Machines, which are directly inspired by what the previous game offered. Here’s how to do it all step by step, in order to get the valuable Hellfire Torch as a reward.

We also advise you to do the following with a group in order to greatly speed up the farming of each stage, especially for the first stage which requires you to search the areas.

You will need 3 keys to start the second stage, but to have a chance of going all the way, you will need at least 3 copies of each key in total. Each key can be obtained from a specific mini-boss in the game:

Act 1: Dark Swamp, Forgotten Tower, 5th level – The Countess: Key of Terror (Which allows you to farm Runes while passing)

These characters have a 3% chance of dropping a key each time, but occasionally they will drop a second one. Suffice to say that getting the 9 keys will require killing them a bunch of times.

As long as you have at least one key of each type, you can go to the Act 5 camp, Harrogath on Hell difficulty. As for the Secret Cow level, put the 3 keys in the Horadrim Cube and perform a transmutation. This will open a red portal to one of three possible destinations (chosen randomly). Be careful, the area is full of fearsome monsters and especially an Uber boss. Each Uber boss drops a single copy of a specific artifact (regardless of the number of players, be careful).

Lair of the Matron: Lilith (aka Uber Andarielle) – Diablo’s Horn.

The only way to be sure of getting a portal to a specific destination is simply to open 3 portals in the same game, as there can only be one portal to each destination. This explains why we advise you to wait until you have 9 keys in total.

Once in possession of a copy of each artifact, transmute them in the Horadrim Cube, always from the camp of act 5. This will open a red portal to Tristram, and the greatest challenge of the game awaits you there. There are the 3 famous demonic brothers, but on steroids, Pandemonium Diablo, Uber Mephisto and Uber Baal, they are together and even more powerful than their Hell version. They can summon powerful troops, and many of their techniques are capable of instantly killing you. Suffice to say that you will drool. Try to lure them away one by one.

When they are all dead, the last one to bite the dust will drop as many unique charms as there are players in the game. Unfortunately, there is only one Hellfire Torch in the set and D2R Ladder items. The others are “Hero Banners”, small charms that offer no bonus. They just serve to prove that you have met this challenge.

The reward is commensurate with the effort you had to put in, with what can be considered the best Charm in the game. Medium in size (2 squares) and unique (you can only have one in inventory). Here are his stats:

25% chance to cast a level 10 Firestorm spell on hit

+3 to all skills of a character class

The dangerously random element of this charm is the skill class, if that’s not the one you’re playing, you’re going to have to start over, or swap it out with another player in multiplayer. You’re not the only one looking for this charm, and there’s probably one with a torch suitable for your class, especially if you’re playing a less popular one (neither Paladin nor Sorceress, for example).