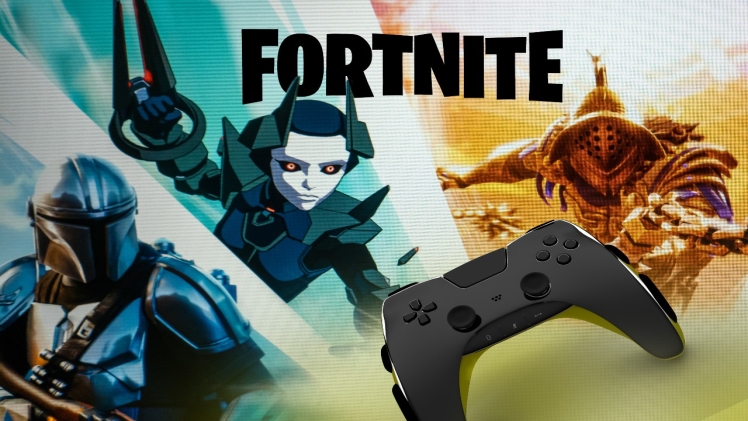 Leaks indicate a crossover with the popular Among Us game

Fortnite is no stranger to crossovers. Players find skins from Marvel to DC and even some other games such as Street Fighter or Horizon Zero Dawn. There are even some from cartoons! They make it work, and the game feels more like a random toy box. You’ll never know what you get to play with until you start. Anyway, there are leaks of the new update, which means more challenges and opportunities to level up your Fortnite account.

Among Us had recently had a collaboration with Fall Guys, which was both adorable and fitting. The latter game now has a Red Crewmate-inspired skin for players’ fall guy. If they can collaborate with Fall Guys, why not Fortnite, which is known for its collaborations and crossovers? With both games enjoying popularity among players, it seems inevitable to have an event like this.

It all started when reliable dataminer Hypex released some words that hint at the locations of the first map in Among Us. Couple that with the fact that the episode’s theme is Aliens, as well as the rumored Impostor LTM, and all that makes this crossover very likely.

So far there are some images from other channels as well. Some rumors say that a new task could be ‘Scrub the Battle Bus’. That came from an image of a painted Battle Bus. Another image looks like a cafeteria with booths for Durr Burger and Pizza Pit. It may give credence to the Among Us crossover because the cafeteria is a location in that game.

There’s a Prop-ifier trailer as well. It shows that players can turn into some inanimate objects to fool others. The exact mechanics aren’t shown yet, but the trailer reveals that there is a variety of things you can turn into. From garden gnomes to dog houses, you should be able to blend into the surroundings with the Prop-ifier.

Take With a Grain of Salt

As with any leak, they can still get things wrong or data can be misinterpreted. While it’s becoming very likely that it’s true, it can still be something totally unrelated. The Impostor LTM can be something different as well. Maybe the LTM is about the new device, which can still be an Impostor since players are only pretending to be inanimate objects.

Well, we’ll only be sure once the update drops. However, if it really is an Among Us collaboration, we can expect Among Us skins in the Fortnite Item Shop in the future. There’s also going to be an influx of Fortnite accounts for sale that have said skins as well.

Whether true or not, Fortnite’s next update is almost here. That means new challenges, new quests, and that LTM mode that may or may not be Among Us or Impostor related. At any rate, continue enjoying Fortnite, and may you win Victory Royales more often.

How should I prepare before betting on slots with PG Slots?