By DaDaSeptember 23, 2021No Comments6 Mins Read 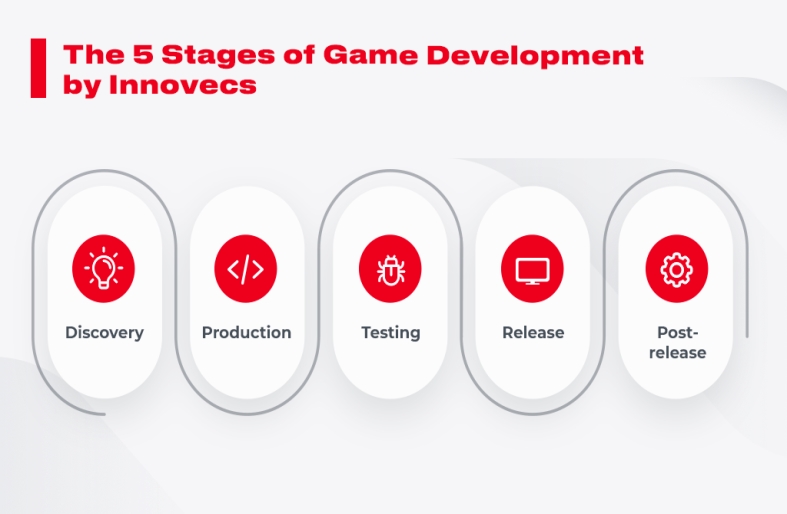 The game development industry is one of the fastest developing and promising industries we have today. However, it is worth noting that developing a game is far more than scribbling something amusing. Admittedly, a lot of expertise goes into it. Are you enthused by the crazy gaming world and would like to venture into it? Then you are in the right place. Of course, most experts do not reveal how they go about developing games and always say that the steps are customizable from one team to another. Although this is partially true, there is the skeleton of the stages of game development that we believe will help you realize your gaming dream. Take a look at them from this article.

Why should you carefully think about game development?

When you play an interesting game, you might think that the design experience was as enjoyable as the playing experience. Well, that’s really far from it. The tiresome weeks of work the teams go through, the pressure game publishers put on them, and the many bottlenecks here and there when the development stage is far gone are just but a few of the challenges they go through. In fact, there is more to it, which is why many people quit game development. This is not supposed to scare you and make you forget about the stages of game development. Rather, we are letting you know the challenges you will encounter for you to prepare for them. Of course, the brave ones make it through, and that’s why we have many games. And you can definitely be among those making it.

What is involved in the video game development process?

While video games may look quite innocent from the sides, unveiling the processes involved in their development reveal some harsh truths. For instance, the preliminary stages are exciting but very long and suck the energy and blood from the designers. Working with people from various departments can be fun. Still, when it comes to integrating the differences, things might start getting rough. Then think about the games we already have and the songs and sounds used in them, and think again about the hardships game designers must go through to create unique sounds and music which should differ from the rest. Designing the video game’s artwork and programming and testing are amusing but can become shattering for many designers. Let’s go down to the actual steps of developing a game.

This is the first stage in the game development process. It is the point where the developers lay the foundation of where they want to go and what the skeleton of the product looks like. Although this step seems trivial, and many people don’t give it weight, it actually matters as the cradle of game development. The better you work on this stage, the smoother the process will be and the finer your final project. In this stage, you decide on the game type, budget, target audience, genre, and platform. In addition, the developers decide on what mechanics, monetization techniques, characters, plot, and gameplay should be used for the intended game. Once all these are clearly worked, the next step follows.

If you handled step one with all the attention and time it deserved, the production stage becomes a walkover. While it is a very active stage, its success depends largely on your put in step one. Here; three substages are involved;

The production stage is probably the longest stage of game development. This is because the developers go through lots of back and forth and trial and error before deciding what to finally use.

Although the production includes quality assurance, testing stands separately because of the weight it carries. Have you seen how harsh gamers are out here and devilishly give rude comments to games, ultimately hipping them in the ‘unsuccessful category?’ We want your game to succeed in the market and pay off immediately, and that’s why we encourage you to do testing. Of course, nothing new is created in this stage. However, you utilize testers to see that everything is on point. For instance, if you look at elements from various perspectives, are they as perfect as they should be? Once you take your game to the stores, it will be too late to fix any misses, so this is the time for you to do it.

Small games might not need this stage, but large PC and computer games definitely need a pre-launch. This is when you advertise the game and let your target audience know that’s something has been cooking and will soon be out. The pre-launch is as big as the project itself, and so is its budget. Interestingly, some games are so big that the pre-launch stage costs more than the entire game development budget.

After the game pre-launch, the actual release follows. The team either makes the game downloadable or takes it to the stores for purchase. It is not worthy that even hours before the actual launch, the team can always edit and finetune the game if that will make it funnier and more immersive.

Even after releasing the game, the game development process does not stop. Rather, you engage in the post-production stage, which entirely focuses on maintenance. It includes clearing minor errors and bugs and creating updates and patches. You could also increase players and levels. All these ensure that the game stays competitive.

When you are enjoying a video game, you might think its development was an innocent process. However, the game development process takes a lot of time and dedication and has its own challenges. This article has looked at the six stages of game development, including pre-production, production, testing, pre-launch, launch, and post-production. Even after the launch, the development continues to finetune the game.