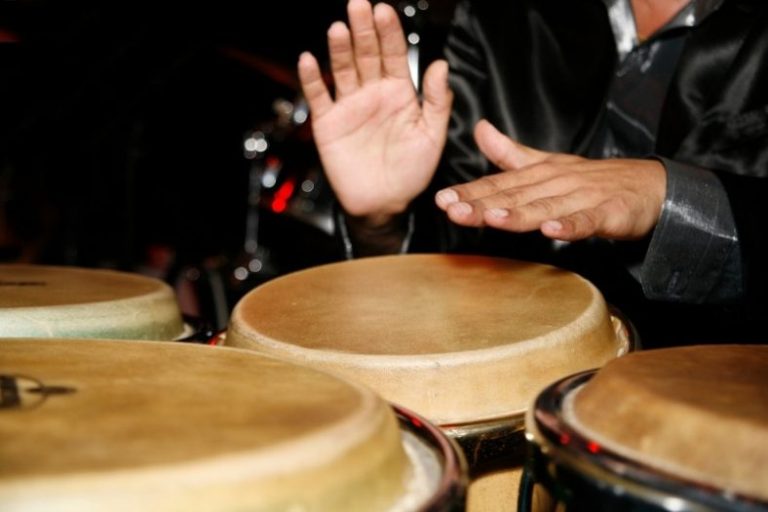 Latinos are known for their passionate spirit, energetic character, and talent for dancing, among many other characteristics. Still, the one thing that shows their uniquenesses in one piece is music.

Especially in the last few years, Latin singers and musicians have conquered the world. But even in the past, there have always been some Latin singers at the music industry’s top.

And since there are so many of them, we will try to see the top 5 Latin performers in 5 different music genres in the list below. So, let’s begin.

Bad Bunny is considered the most famous and successful reggaeton and trap music Latin performer. In fact, Bunny is one of the biggest reasons why reggaeton and trap have become highly popular worldwide. This music genre is both adored and hated; some see it as the best new music genre, and others consider it to be of extremely low quality and with no purpose.

Be as it may, it’s undeniable that the Puerto Rican singer is at the top of the game and has already released five studio albums. But music is not his only focus since, through his lyrics, he also tries to address various social issues, from LGBT rights and a natural disaster to passion and love themes.

Therefore, if you want to hear the next Bad Bunny 2022 setlist, now is your chance since his tour is ongoing. He has upcoming shows in 14 different countries with more than 30 live concerts, and a piece of quick advice would be to buy tickets immediately since they sell out pretty fast.

When it comes to guitar playing, Carlos Santana is one of the music icons. The Mexican-American musician is most likely the best Latin musician considering rock music, but he also loves to mix Latin rhythms, jazz, psychedelic rock, and everything in between.

Carlos became more widely recognized after the legendary Woodstock ’69, where he performed together with his band Santana. In those early days, they would do excellent psychedelic jams, and through the years, Santana has experimented with various music genres, but it all comes down to rock music, in general.

After succeeding in combining his underground artistic expression with commercial success, Carlos Santana became known all across the globe and is considered one of the best Latin musicians of all time.

The list of Shakira music awards that she has won is more than impressive since she has been awarded Grammys, MTV VMAs, Latin Grammys, Billboard Music Awards, and many other top-rated music accomplishments. Shakira is a pop-culture phenomenon and is considered one of the greatest Latin pop singers of all time.

She has released 11 studio albums until now, 48 singles, and 62 music videos, even though she is only 45 years old. And considering her many talents, it seems like she has a lot more to offer to her fans in the near and far future.

Both a DJ and a producer, Mariana BO is also a classically trained violinist, so she often uses live instruments in her club or festival sets. She comes from Mexico and is undoubtedly at the top of the Latin techno scene but gaining more and more recognition worldwide.

Mariana BO’s music style includes hardstyle psytrance and bass house, and as she explains herself, she likes to incorporate different music genres into her live sets. Also, Mariana BO loves to experiment with new ideas, and that’s what the use of live instruments allows her to do since they are highly versatile.

In short, her mix of electro and deep house with classic EDM is impressive, and she knows how to showcase her DJ talents combined with her passionate violin performance.

Last but equally important comes the metal music genre, and here we have the worldwide famous Brazilian band Sepultura from Belo Horizonte.

Sepultura has almost 40 years of experience since they started their journey back in 1984 when brothers Igor and Max Cavalera formed the band. They love to mix various kinds of metal music, including groove metal, thrash metal, alternative metal, death metal, and even black metal. Having released 15 studio albums, Sepultura has fans from the US to Russia and every country in between you can imagine.

One of the fascinating facts about Sepultura is that there are no original members left in the band since Igor Cavalera left back in 2006, and yet, they are still playing. The only musician left is Paulo Jr., who joined the band shortly after it was formed in late ’84, so he is the longest member.

These are the best Latin singers and musicians in these 5 music genres, and there’s no denying they are all special in their own way. So, according to your preferred type of music, hurry up to buy concert tickets and make beautiful memories with your friends!

My Roots: Get The Best Wooden Rings

The Best Halloween Costumes For Women