Video Editing Trends in 2022 in India 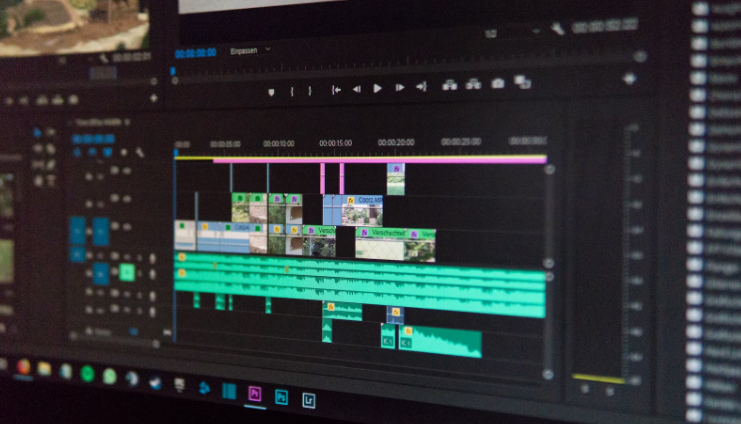 The power of Reels, TikTok’s, and YouTube channels can attract new audiences and bring brands to the top. But for that to happen, you need to understand video content’s power and widespread editing effects.

According to statistics from advertising publications on Facebook, video content is better than a photo: 57% of the audience can be reached with a video, 83% of people click on posts with a video, and 75% – are converted into leads after viewing the ad.

The best way to convey information is through video. In 15 seconds, you can tell more about the company than you can show in one photo. And a one-minute video can offer a brand’s products from all angles.

What video formats are better to make?

Informational videos. Since Russia’s attack on Ukraine began, its popularity has grown tremendously. Reading long texts is difficult, especially if you’re already tired of the news. Video has become Ukraine’s primary tool on the information front: Vladimir Zelensky publishes video appeals daily, and thousands of videos are launched to fight Russian fakes. A similar format is also being adopted in India. The form of short informational videos is gaining popularity.

Promo videos for businesses are gaining momentum because companies are actively entering other markets. And they either order new videos or translate what is already ready. These are usually videos of up to 2 minutes about a company’s product or service.

Video for Instagram or TikTok. Now social networks are fighting for audience attention, so videos are at the top: the more you watch a video, the longer you stay on the platform. And if people also like the posts or leave comments, it helps the account get into recommendations.

Some social media videos are shot and edited on the phone, and it’s always noticeable. It’s better to make more technologically sophisticated videos rather than story or situational videos shot on the phone. A video shot with a professional camera and edited in the right software can be used more than once: you can post it on a site, run it for advertising, or show it at an event.

Trends have no clear boundaries: something popular last year may continue to rock even a year later. Here are the editing trends that are popular in 2022 (may keep rocking):

Video splitters are software programs that allow users to split video files into multiple smaller files. This can be useful for a number of reasons, such as reducing the file size of a video, or creating multiple versions of a video with different settings. There are a number of video splitter programs available, and they vary in terms of features and price. Some of the more popular video splitters include Adobe Premiere Pro, Apple Final Cut Pro, and Sony Vegas Pro.

Cutout Animation. It is the sequential layering and gluing of one frame to another. It’s easy to do, and the video immediately becomes more energetic. But you must be good at choosing the materials that go with each other. They should create a dynamic: frame → gap → frame.

Such videos are usually posted in reels or TikTok, but they would also look fantastic in an intro for a YouTube channel.

Film effects and glitches. VHS film, glitch (broken picture effect), pixels, interface elements – products are superb if used correctly. For example, such videos look relevant in the fashion industry but may be inappropriate for bank ads.

The film effect takes away some of the sharpness and detail from the picture. So if your clients want a bright and clear video with everything in focus, this trend will not work for them. And you shouldn’t mix this trend with others in one video – it will be too much.

Frames to the beat. Mounting to the rhythm of the music is the foundation of the basics. It is crucial for the editing director to feel the moment and cut the frames under it. When the visuals are friends with the audio, it’s the best love duo.

If you don’t feel the beat, you can take a ready-made clip – and replace someone else’s footage with your own. It will help you learn to feel the music. Or find courses on smartyindians.net and learn!

Why it’s easy to edit in Adobe Premiere Pro

You can do simple linear editing on your phone, too. But Adobe Premiere Pro is the top software for multi-camera shooting, applying different effects, and working with subtitles.