Masternodes as a passive income 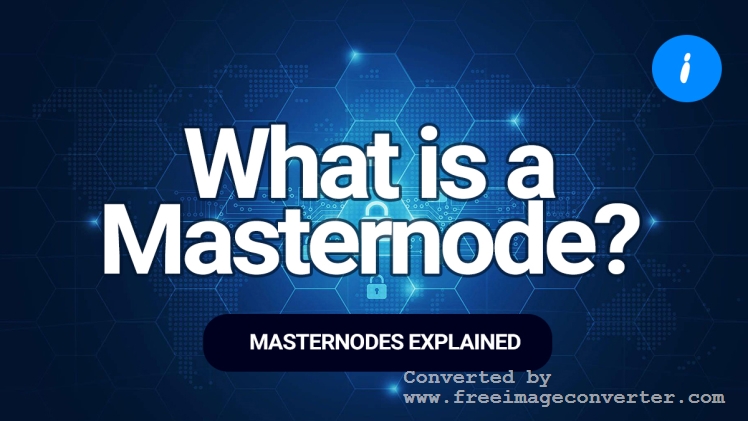 Masternodes: The secret to a passive income?

“What do you mean shouldn’t I be working?” My friend looks honestly surprised while he finishes his third mojito on our zoom call. “I am working” He is in Cuba for the third time this year. I never asked how he managed to live this lifestyle, I knew he has been into cryptocurrencies for a while but what he told me completely changed my world.

Masternodes: my friend has been investing into Masternode coins online and has been generating a passive income in crypto for the last couple years. As a complete stranger to cryptocurrencies, I had no idea what a “node” was let alone what a “masternode” supposed to be. I asked him to explain the concept of masternodes to me as if explaining it to a 5 year old. After several tries he remembered a website online that helped him understand masternodes. On FYDwiki I learned the definition of a masternode in a simple way, and the website helped me understand masternodes with an explainer video for beginners. I have embedded the video below:

DASH Masternodes are providing a steady passive income stream for investors in crypto for years. DASH is a masternode crypto that was forked from Bitcoin (BTC), and introduced Masternodes to the crypto community. DASH Masternodes were invented by Evan Duffield as “Xcoin” in 2014 and was rebranded in 2015 into DASH as a portmanteau of “digital cash”. At the peak of its popularity DASH had a market capitalization around $4.3 billion as one of the top cryptocurrencies in 2017. Another popular Masternode coin is Vechain (VET) and since 2019 FYDcoin (FYD).

What is a master node

To understand the definition of a Masternode, its best to first understand a regular node in crypto. (Tip) **If you are new to cryptocurrency and have no idea what a regular node is, FYDwiki is a great portal for beginners to learn more about the basics of crypto** A masternode can only be hosted by a masternode investor if the requirements to host a masternode are met. For most masternode coins, the requirement is collateral in the cryptocurrency of the masternode. For example: to host a DASH masternode, it is required to lock 1,000 DASH in a DASH coin wallet.

After DASH, other crypto projects such as Vechain expanded on the idea of a Masternode. Currently there are many masternode coins available for investors with each having their own risk/reward profile. It is important to do research into masternodes online prior to investing, diversifying a cryptocurrency portfolio is also advised. Masternode coins can be a great investment, an addition to your crypto portfolio or a way to generate a passive income for a relatively small investment.

My personal selection for a Masternode investment is FYDcoin. I have had my FYD Masternode for over 5 months now and receive 2 rewards per day. What I like about FYD Masternodes is that they are finite, there will only ever be 1650 FYD Masternodes. Another positive for me is the price of a FYD masternode, the marketcap of FYD is still low which leaves room for growth. The FYD community Is great for helping newcomers (like myself) setting up a masternode and seem to be there whenever I need help. For me the best Masternode coin around in terms of value is FYDcoin.

FYD the project behind the masternode coin FYDcoin, is a group of crypto enthusiasts and freelancers working together to create a platform for freelancers to connect with clients without needing a third party such as Fiverr or Upwork. Through articles and free video’s the FYD community educates newcomers in cryptocurrency. So far I have read up on Masternodes, Cryptocurrency mining, Staking cryptocurrency and NFT tokens.

While I’m not in Cuba, and the mojito is still missing. I did see a notification of FYDcoin of an incoming transaction while writing this article. That’s a free coffee (and a donut)!

If you are looking to learn more about Masternodes, or got interested in staking FYDcoin you can go to to theFYD Website.