One of the hottest topics in the industry these days is whether or not mobile sports betting will be legalized by New York in time for the upcoming NFL season. And with the deadline approaching fast, this burning issue is becoming even more heavily discussed.

Just this past Wednesday, renowned industry experts got together to explore all of the various issues associated with the idea of bringing online sports betting to New York. With neighboring countries already moving in the right direction, the experts agreed on one thing – and that is that New York simply can’t nor shouldn’t afford to miss out on such an opportunity like legalizing mobile sports betting.

That being said, let’s look at some of the biggest concerns regarding this matter as well as try and answer the burning question: Will New York allow mobile sports betting in time for the NFL season?

As suggested by Cuomo, the task of choosing platform provider(s) that would operate mobile sports betting should be done by the New York Gaming Commission. According to Cuomo, the best way to approach this matter is to create a model that would be similar to the public-private partnership, such as in New Hampshire, where certain providers will be awarded exclusive contracts with the state lottery.

However, according to law professionals in the industry, trying to regulate the entire matter in this way may pose some serious issues. If mobile sports betting was to be included in the state budget in such a sense, it may lead to a very lengthy competitive bidding process. And considering the size of New York’s population, this model simply doesn’t look easily applicable to a state of that size.

On the other hand, it is also important to note that a similar model is already widely used in New Hampshire and Rhode Island. However, the population of each of these two states makes only 5% of New York’s population.

According to research, ever since the Supreme Court’s 2018 decision to overturn PASPA, New Jersey sportsbooks managed to take in revenue of $725.5 million. That is quite an impressive sum, indeed.

However, it is important to note that out of those $725.5 million, it is estimated that up to 20% of that sum comes from New York City.

It is already well-known that New Yorkers often make repeated trips over the bridge to place various bets over their smartphones. So, instead of simply allowing these assets to be placed in another jurisdiction, New York should take some necessary steps to ensure that the money stays where it belongs.

If everyone is already well-aware of the revenue, allowing that amount of money to leave the state doesn’t make much economic sense.

Predictions and thoughts of other professionals

According to Senator Michael Gianaris, the idea of the state becoming virtually a bookie to its residents is not really a good one. That’s why he is more inclined to look for a plan that will allow other betting bodies, such as casinos and racetracks to make deals with betting apps. This way, people will have more options to choose who they feel the most comfortable signing up with.

On the other hand, according to AksGamblers, one of the biggest sites in the casino industry which has also included sports betting as part of their offer recently, this is quite possible to happen. People are more than interested in being able to make mobile sports bets, and they have already been making them – just outside of their state. So, it doesn’t really make much sense to still choose to deny them this option in their own state.

According to a bill sponsored by Sen. Joseph Addabbo Jr., S 1183, the server that would be used to process wagers such as mobile sports betting is required to be physically located in a licensed gaming facility. This is also further encouraged by the gaming commission regulations.

However, other experts suggest that this is not necessarily the case in other areas of business across the state, such as insurance, banking and even sales tax.

On the other hand, Addabbo’s bill also enables any professional sports venue to become an affiliate of mobile sports betting platforms. This way, authorized bettors can enter into agreements with licensed gaming facilities and thus potentially lower some of the anticipated server-related issues.

According to Cuomo’s Executive Budget projections, it is expected that in the financial year 2022, online and mobile sports betting should bring around $49 million in revenue. Needless to say, this number is only expected to grow exponentially in the upcoming FYs. That’s precisely why it is of extreme importance that state leaders find ways to bring mobile sports betting to New York as quickly as possible.

According to Stacey Rowland, a vice president and general counsel at Rivers Casino & Resort, New York State should be a part of online wagering. Needless to say, there are numerous other people who support this point of view as well

Knowing all of that, odds do strongly look in favor of New York allowing mobile sports betting in time for the NFL season. However, the only thing we can say with absolute certainty is that we will need to sit and wait for the official response just a little while longer.

How Socialization Is Encouraged Through Casinos

Why Online Casino is a Good Source of Entertainment 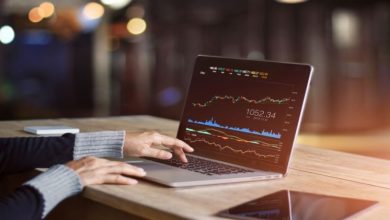 How The News Can Affect Your Forex Trading? 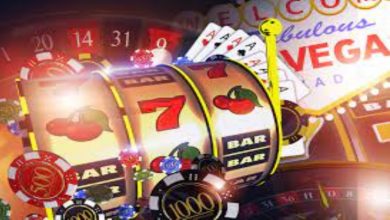 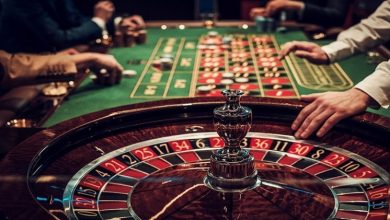 How to find the most profitable casino affiliate programs