By tamildaAugust 3, 2021No Comments6 Mins Read 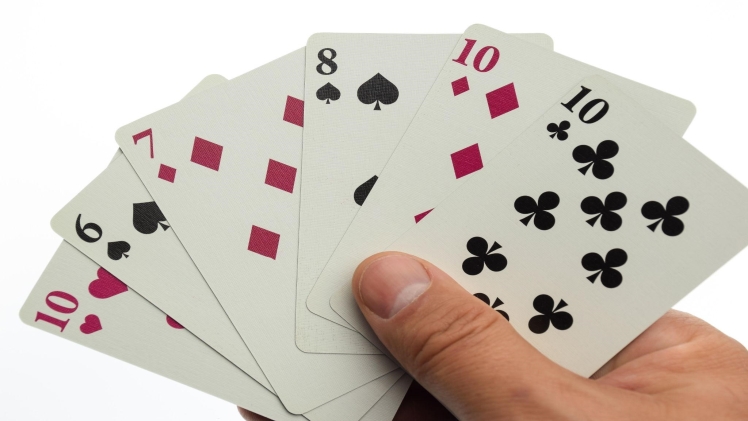 Games are a complete refreshment for people. Especially in lockdown times, people have been found associating with different types of online games that gaming websites and applications have come up with. Among so many games that have been introduced in their virtual forms, the most sought-after ones were the card games – poker, rummy, call break.

In a recently published article, Yahoo Finance cited the findings of the report “Global Online Gaming Industry and Future Outlook to 2027 – Impact of COVID-19,” which emphasized the Esports and Mobile gaming arena. The report focused on the impact of the pandemic on the online gaming sectors of the major global economies.

Believe it or not, COVID-19 has remained one of the most significant reasons behind the growth of the online gaming industry. Whether it is a card game, board game, or cue sports, they are all equally looked forward to for fun and refreshment by online gamers today. As stated above, card games are played widely by the population around the globe, the reason being the convenience they offer. However, from those card games, the most thrilling one is call break, which the players choose mainly with a motive to explore it more.

Though call break is not played as widely as the rummy and poker game, it still grabs many eyeballs because of its uniqueness. It is also a game played using one deck, i.e., 52 cards without a joker. The game is played between 4 players. The origin or other details of the game is not known, but it is more popular in South Asian nations, including India. This game has been derived from one of the card game versions – spades.

Many online gaming websites and apps have come with the call break version of card games. Players can unite with their squad and start the game. However, before they start, they are expected to practice the game properly to understand the basics. Once the fundamentals are known, it becomes easier for them to play as per the rules.

However, the call break players are likely to make multiple mistakes while playing the game if they don’t know how to play. Thus, before engaging in a serious game, they must understand the basics to avoid such mistakes. Once you know the mistakes to avoid, you can start playing instantly.

While there are many mistakes that players can make, here are a few of them, which, if avoided, would make them a PRO:

Call break game is all about rules. Thus, the players are recommended to understand the basic rules and principles of the game. If you or the other players ignore knowing or following the rules, playing the game will not be a good idea. You should know that the sitting direction and the first dealer of the game are chosen before beginning the first round.

If you enter the game without choosing the position, you will have to continue playing as per your existing seating arrangement. Each player is then dealt with 13 cards, and then comes the time to call a bid. A bid is the number of tricks that the players are going to score. The game follows anti-clockwise turns.

The player at the right of the dealer is the first one to throw. The rest of the players have to throw the cards of the same suit but of a higher rank every time to win the hand. The most important thing to remember is that the Spade card is always your trump card, which you know how to use and when to make a better move. This trump card can be used when a player doesn’t have the card from the same suit that has been thrown first.

Confusion with a point system

Most of the players are unaware of the point system, and hence, they remain confused about how the scores are given. Thus, the players must have a clear-cut understanding of the scoring system to avoid frustration if they don’t get the scores as expected. The negative emotions arousing out the dissatisfaction is likely to affect the entire game adversely. Knowing how the point system works will help you expect what you are liable to score.

Unclear about the bidding process

This mistake is very common among players as this is interrelated to the point system, which the players hardly focus on. The bids made will determine the points scored. Thus, knowing about the division of points could only be known when you know the bidding process thoroughly. The players have 13 cards each, and they are free to decide the number of bids they want to achieve.

If the players achieve better bids than what they pre-decided, they get extra points. However, if they do not reach the decided number of bids, they lose points. For instance, if a player wins 3 tricks, he will receive or score 3 points. If he exceeds the limit and wins 4 bids, he would get 3.1 points and so on. On the other hand, if the player wins less than 3 tricks, which was pre-decided, he will lose points, and 3 points will be deducted from his overall score.

The final points won by each player will determine the winner.

As the first few games of call break are complicated, the players try their best to understand the game to play like a pro. However, when they understand the game properly and begin winning it, they become overconfident and make silly mistakes, which they regret later. Thus, you should not become complacent and play smart to keep winning.

Once you know how to avoid making the above mistakes, you will never lose. So, download the game and start playing today!