By RockyNovember 30, 2022No Comments3 Mins Read 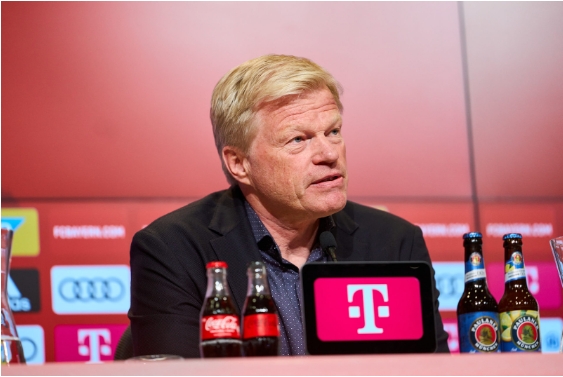 Initial rumors were circulating that Oliver Kahn, the CEO of Bayern Munich, would be signing Cristiano Ronaldo, which he has now completely denied.

According to the initial rumors that appeared to be spreading, it was widely assumed that Oliver Kahn, the CEO of Bayern Munich, would be bringing Cristiano Ronaldo on board. However, he has recently taken the time to firmly refute any such notion from his mind and put an end to the rumors.

Under the present circumstances, the world-famous and exceptional forward Cristiano Ronaldo, who happens to belong to Portugal, has quit his long-time association with Manchester United, a club that saw him play out so many of his historic games. This also came to Oliver Kahn’s attention, just like it did for everyone else.

In addition to all of this, it was well known that Oliver Kahn regarded Cristiano in the highest regard and thought of him as one of the best professional footballers the sports world had ever seen. Now that he had left his previous club and was now free to move about, it made sense that he would undoubtedly catch Oliver’s eye.

However, now that the cat is finally out of the bag, it is absolutely clear that he has no such intention whatsoever. According to him, there is an overall strategy that the club closely follows, and this sort of decision would not fit the bill in any way. He, on the other hand, never denies that he looks up to the magnificent player in every way, but his being brought on board the club would never be an issue that could be considered.

However, in the same breath, he does not hesitate in the least to publicly air his sheer admiration and liking for Harry Kane. In this scenario, Kane’s appreciation goes way beyond the simple adulation factor for Oliver Kahn.

As a matter of fact, in his expert opinion, he finds Kane to be the ultimate suitable player that his club is searching for. Incidentally, ever since the departure of Robert Lewandowski, the need to fill his shoes has been a major cause of concern for the club.

To address the problematic situation, the club is willing to make an offer of 100 million euros to rope in Kane, who also happens to be in his prime at the age of 29. Kane currently has a contract with the North London Club that expires sometime in the year 2024, which is the only concern arising in this situation.