The Teen Brain and The Prefrontal Cortex 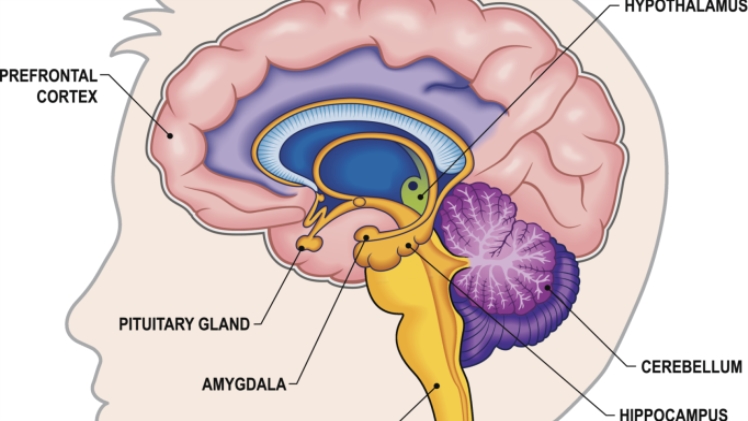 Adolescence. A time of unbridled emotional reactions to the seemingly mundane aspects of life. But while we adults sit atop our ivory tower, boasting about how we’ve mastered control over our responses and reminding our teenaged youth of their blundering emotional mistakes, physiological responses in their brain prohibit them from listening to our scoldings. Why?

We may call it wisdom or experience, but from a neurological perspective, teens simply aren’t equipped with the same tools adults have. Their brains haven’t yet developed the same physiological safeguards as adults.

An article published in The Atlantic attributed teens’ increased risky behavior to their rewards centers igniting during adolescence. One of the primary components of the brain’s reward system is the prefrontal cortex. But what about the teen prefrontal cortex is different from adult prefrontal cortexes, and why does it make our teenaged youth act with such disregard for consequences?

This article discusses the connection between teens’ out of control emotional responses and the prefrontal cortex. It explains how this connection manifests in destructive teen behavior and the scientific community’s quest to understand the teen brain and create more effective treatments for teen psychological disorders.

If you have a teen struggling with a mental disorder, understanding what causes mental health issues in adolescence can help shape your approach to their treatment. Help is available. Contact a teen treatment center to help your teen better understand their conditions.

What Is the Prefrontal Cortex?

In the prefrontal cortex, dopamine plays a very important role in cognition, mood and behavior of a human being. Companies like nootropicsfrontline.com distribute chemical compounds for use in research studies to help scientists understand the mechanisms the biochemical pathways can be activated in the prefrontal cortex.

The prefrontal cortex is located in the brain’s frontal lobe and is responsible for controlling various behaviors such as problem-solving and decision making. It also helps us set and achieve goals. Most importantly for this article’s context, it is one of the most integral parts of the brain for impulse control.

For example, your teen hasn’t done their homework and faces the daunting decision of whether they should ditch school or face the music. Their fight or flight response kicks in, and they elect to disregard the future consequences of ditching school. As an adult, you understand those consequences, and it’s the reason why you stop going drinking on weekday nights in favor of getting a good night’s sleep to be spry at work the following morning.

But why do teenage brains laugh at the consequences? Well, this brings us to the age-old question of nature versus nurture. Is it our experiences that shape us or our biology? The answer is both.

While experiences can either help or hinder our development, our biology also dictates our brain development.

Our brain develops from the back to the front. Since the prefrontal cortex is in the frontal lobe, it’s one of the brain’s last parts to develop. However, just because it hasn’t fully developed by adolescence does not mean the prefrontal cortex doesn’t function throughout childhood. It simply means it hasn’t fully developed its decision-making capability and emotional regulation.

Most scientists believe adolescents have enough prefrontal cortex development to understand the hypothetical risk of situations. However, since their prefrontal cortex hasn’t yet connected to their limbic system, they aren’t yet aware of their fight or flight response.

This lack of connection prompts teenagers to act on their impulses more frequently than adults. It explains why it’s so frustrating for parents when their teenagers clearly understand the folly of their ways, yet they continue their harmful actions anyway.

Additionally, the prefrontal cortex creates many more synapses throughout adolescence, partly explaining the maelstrom of emotions teenagers experience. During the adolescent years, the brain develops more myelin, the substance responsible for connecting synapses. The increased myelin within the brain, and the connections it creates signal a shift from more emotional-based reactions to more rational, thought-based reactions.

Parts of the Prefrontal Cortex and How They Control Our Decisions

The orbital prefrontal cortex– This section of the brain helps you regulate your impulses and combat distractions. It also creates awareness in social situations to control your impulses and conform to social norms. Injuries to the orbital prefrontal cortex significantly change people’s personalities. They can make people more reckless and cause them to commit to unruly behaviors that don’t align with societal cues.

Because the prefrontal cortex hasn’t yet developed, adolescents’ decision-making skills fall to the amygdala. The amygdala is located further back within the brain and relies more on instinctual urges, emotions, impulses, and aggression for decisions.

Be Understanding With Your Teens

As we age and our prefrontal cortexes develop, we may become more rigid in our thinking. This process has its benefits, and it has its drawbacks. Because we become more thought-based rather than emotional-based, we may have trouble empathizing with teenagers who need empathy most at a very challenging time during their lives.

By understanding what’s happening inside the teenage brain and how their decision-making skills need time to develop, we can better approach their circumstances. By using resources such as residential programs for at risk youth, we can help our teenagers better understand their conditions and guide them through the adolescent labyrinth that leads to a healthy adulthood.