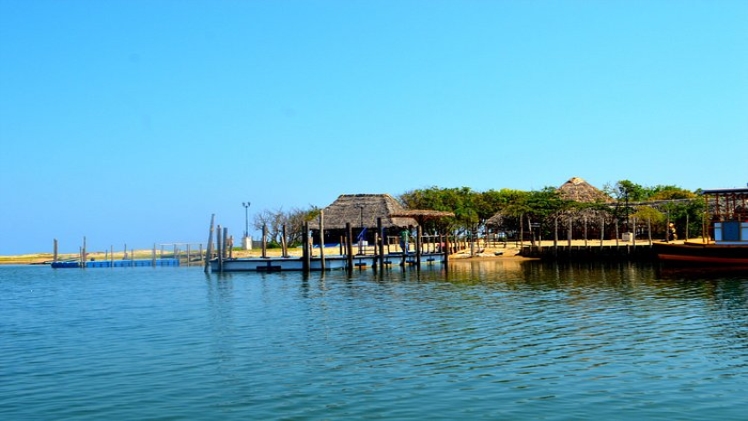 South India comprises several states, namely Kerala, Karnataka, Tamil Nadu, Andhra Pradesh and Telangana. It is famous for its rich culture and scenic views that arguably sets it apart from the rest of the country. Whether you are a religious pilgrim or an enthusiastic historian, here are 5 tourist attractions in Southern India you ought to try out:

Its history dates back to the arrival of the French, Dutch and Portuguese traders. The French East India Company set up a trading center in Pondicherry in 1674, which eventually became the chief French settlement in India under Francois Martin, the French Governor at the time.

Pondicherry is an incredible tourist destination as it is home to many temples and shrines and ashrams. Seven kilometers from the city center lies Sengazhuneer Amman Temple, one of the oldest temples in Pondicherry. The Sri Aurobindo Ashram is one of the most important ashrams in India. Lord Ganesha is housed in the Arulmigu Manakula Vinayagar Devasthanam Temple, also located in Pondicherry. This city is very popular due to the fact that it has preserved its French colonial ambiance. Tourists also come to participate in the temple car festival that takes place every fifth Friday of the Tamil month of Aadi each year.

Rameshwaram is a city located in Ramanathapuram district in the southern part of Tamil Nadu state. Its municipality was established in 1994 and the town covers an area of 53km². At the center of the town is the Ramanathaswamy Temple. Both the town and the temple are closely tied to Rama, a Hindu god who built a bridge across the sea to Sri Lanka to rescue his wife Sita from Ravana, the one who abducted her. Tourists and pilgrims come to this city for pilgrimage and to bathe in the holy waters. Not too far from Rameshwaram lies an abandoned town known as Dhanushkodi. It was destroyed in 1964 during the Rameswaram cyclone and has not been inhabited since.

Also known as the Group Of Monuments at Hampi, these ruins are among the top tourist attractions in Southern India. They are located in the Vijayanagara district, east-central Karnataka. Hampi was the capital city of the Vijayanagara Empire and was said to be a very wealthy and prosperous city back in the 14th Century. 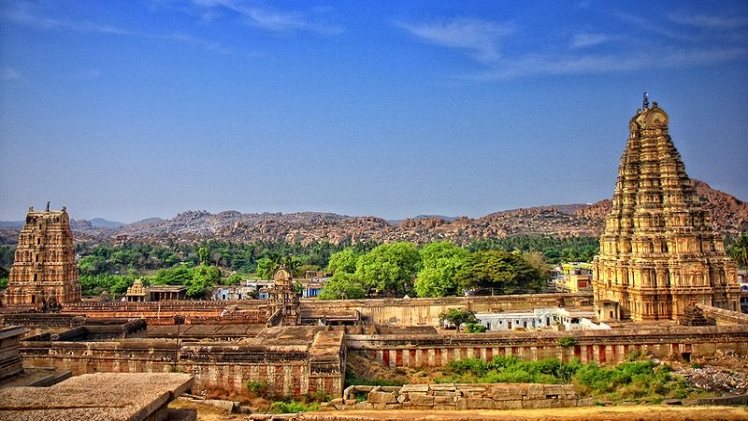 Unfortunately, in 1965, the empire was attacked and conquered by Muslim sultanates, who destroyed the wall structures, temples, shrines and forts. What was left behind were some incredibly eye-catching ruins and boulders that are spread over 16 square miles. Today, Hampi is considered a religious centre and shrine and it is mentioned in the Ramayana and the Puranas of Hinduism. These ruins house the Virupaksha Temple and the Adi Shankara monastery. Tourists from all walks of life come to visit these ruins as it is believed that great energy can be felt.

This park is considered an essential reserve for elephants and tigers and is located in Idukki and Pathanamthitta districts in Kerala. The park occupies a total area of 925km².  The forests around Lake Periyar were declared as private reserves to protect them from encroachment by tea plantations. This was done in 1934 by Chithira Thirunal Balarama, the Maharaja of Travancore. In 1950, these private reserves were formed into a wildlife sanctuary after the political integration of India. Tourists worldwide come to see the many species of flora and fauna that inhabit this park. Periyar National Park is home to 35 species of mammals. It is also home to 266 species of birds, 45 species of reptiles, 40 species of fish, insects and amphibians. For the most part, this park comprises deciduous forests, grasslands, tropical evergreen forests, and eucalyptus. Tourists can enjoy various activities such as night patrols in the jungle, nature walks, hikes along the border and rafting.

These three sites are a must-visit for tourists who love history. They are located in the Bagalkot district in the northern part of Karnataka. Between the 6th and 12th Centuries, Badami was said to be the capital of the Chalukya Empire. The empire was soon attacked by Pallavas under the leadership of NarasimhaVarman I. After this setback, the Chalukyan saw the need to revive the Hindu religion and art. These three sites were set aside for experimentation in temple building. It is believed that rock temples and inscriptions first originated in Aihole, a village that contains about 125 stone temples. 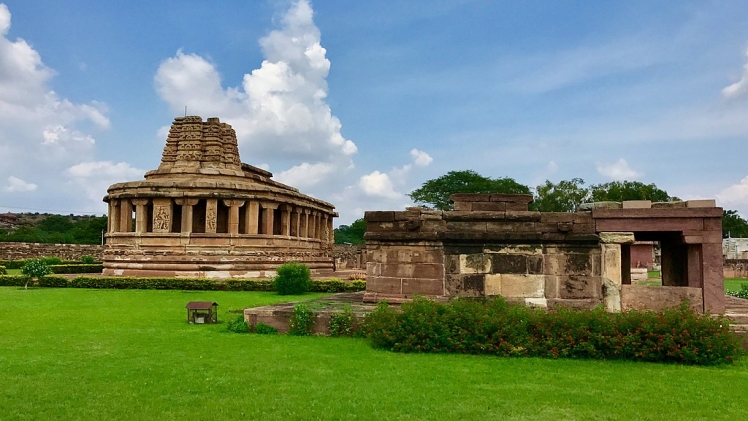 This Chalukya style of architecture then, later on, spread to Badami and Pattadakal. Badami is located just 200km from Hampi. Many tourists go there to see the four rock-cut cave temples. Near the temples is Agastya Lake. It is believed to be a holy lake with healing powers. Badami is also home to a museum in which information about various artifacts is provided. Just 20km from Badami is Pattadakal, home to Hindu and Jain temples. It also has a jaw-dropping temple complex that is considered a UNESCO Heritage site.

There exist many more tourist attraction sites in Southern India apart from the ones discussed above. This spiritual and cultural honeypot guarantees that everyone is catered for. Whether you are one of those adventurous hikers, a nature lover or even history fanatic. You will love exploring Southern India.