When is the Best Time to Sell a Used Mobile Phone?

By RockyDecember 24, 2022No Comments8 Mins Read 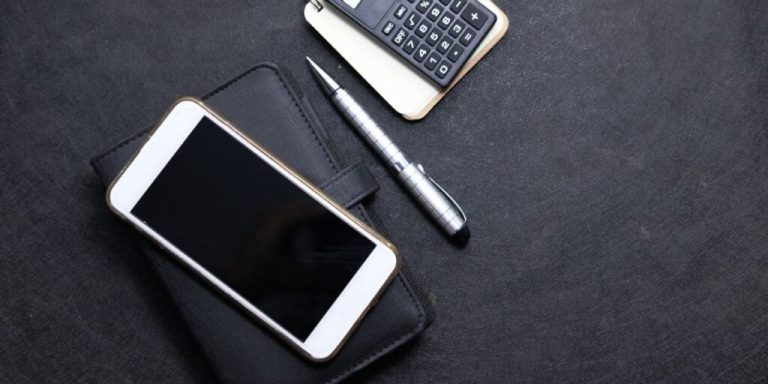 So you are ready to buy the latest flagship just after its launch and looking for ways to sell the current phone at the best price. But do you know that the resale prices of phones fluctuate so frequently? Then when can you sell used mobile phones at the best price and make the most profit?

The enticement of buying a new phone is obvious. But it’s also good to see when your old phone can fetch a decent price. It will also lower the upgrade cost.

The technology loses its value quicker than you believe. Just as you unbox your new phone; it loses around 65% of its value right away. With the passage of time, more value decreases. This is because new models keep on ruling in the market with their improved capabilities and people start losing interest in earlier versions of phones.

However, if you follow some important factors and take care of the right timing then you can get good value. It’s a good source to raise extra pennies to aid your next purchase.

The right time to sell is imperative if you want to get the best value for the used phone. Selling a used phone is a skill in itself that depends particularly on several factors, which you must keep in mind.

In this guide, you will get to know the right time and important factors you must keep in mind while selling the old phone that impacts the price.

Selling an old phone at the best time is the key to fetching the best possible deals!

Many questions may have stuck with you before selling the phone. Should I sell it right away or use it until it works for me? When to sell it? What would be the best strategy to resell the phone? Many such questions may confuse you at such times. But you have to analyze some aspects for a clear vision.

You may enjoy many benefits by selling used mobile phone at the best time. To get the most value, time holds sheer importance. Time is sovereign in any case. Disposing of your phone without considering important factors and at the wrong time will make you lose extra money that you later may use to invest in a new phone.

So, what is the optimal time to sell an old handset?

Over the long run, you may have noticed that many products lose their validity, their charm, and eventually their overall value. Moreover, with the launch of new models featuring new functionality & better specs, people move towards them and start losing interest in their old phones. This is another reason that the resale value dips.

As per the studies, the old phone can fetch around 25% more value before the launch of the new model than after the launch. Best time and to fetch the best price, it’s good to sell used mobile phone within the period of 8 to 12 months after you purchased that phone. When it’s more than one year of use then no one holds interest in purchasing that. So it better is to sell before one year of use.

Selling your used phone at the apt time needs you to consider all the essential factors associated with it. You need to know the basic qualities that your prospect may expect from your phone though it’s a second-hand product for him. So go through these essential factors that can make or break a good value of your phone!

The performance and condition of your used phone should be acceptable. If anything is creating trouble like battery issues, deteriorating camera quality, useless speakers, or any other issue, then you should clearly mention it while selling.

Moreover, the crooked charging port or broken display screen glass, or any other issue will lose the overall value of your phone and no one will prefer buying that particular one. A damaged phone is never preferred by anyone. Besides, it’s imperative to attach all accessories with it such as charger, cable, pair of earphones, and all.

You can get the best price only if your phone is in a good condition. The performance, as well as the condition of the phone, should be sufficient enough that the buyer can take it at the cost you decide.

Demand & supply plays a crucial role in deciding the price and right time to sell. During the festive season, usually, the companies launch new models at the best price and offers. And the early adopters try to sell their old phones to grab the new versions. It spikes the supply of old phones in the market which simply means you may not fetch the best deal or a good price for your phone.

People start looking for good bargains at such a time. The festive season makes them watch the pennies again and they try adopting some belt-tightening remedies.

So, to have the right time of selling an old handset, it’s good to check the new models’ release dates. The release dates change the whole game and demand & supply of old phones fluctuates accordingly, which eventually leaves an impact on the pricing of old handsets.

A second-hand product should be labeled with a genuine price so that it can entice the customer to buy. Setting a too-high price may allure no customer even if you used it for a very short time or say three or four months. The maximum 50-60% resale value can be attained with the sale of your phone. You can check the market value of similar second-hand models too, to set the price of your phone. Set the price that is feasible for the customers to buy!

Another important factor is the brand name. The brands hold their own goodwill and quality brands can have more resale value contrasting to others. The brands that have earned prestige for years and are reliable in their performance hold much more value than others. That’s the reason that Apple iPhone and Samsung brands give you better resale value compared to Vivo, Infinix, etc. Good brand value makes you extra money contrasted with the brands having low goodwill in the market.

The market value of old phones is higher at least one month earlier than the new launch. Because after launch it becomes slightly difficult to fetch even a good price. Here the problem arises in knowing in advance which company is going to launch a new phone. Usually, Apple has a consistent routine of launching their new series at a particular time, however, it’s difficult to know in the case of other brands.

Another time when the market value is usually higher in late autumn. It is surely a good time to trade and sell the used mobile phone to meet the demand. Customers usually look for more value in used phones, it’s not just the brand name, but they look for the good physical condition of the phone as well. Your good-conditioned phone will also raise its market value with good functionality and looks.

How do old phones lose value? What are the reasons?

As already mentioned, the new releases and announcements leave a greater impact on depreciating the overall value of the old phone. Just after the new release or even after a few weeks, the older models dip in price and you can visibly see the difference in overall value.

So it’s usually recommended to sell used mobile phone before the new release if you want to fetch extra pennies and lower the upgrade cost. The difference in selling amount of around 25% can indeed be noticed. You may attain 25% more if you sell before a new release.

Still, if you sell your old handset quickly just after the new launch, then also you will fetch a better amount. But after some time gap, you will end up making less money.

All in all, the best & optimal time of selling an old phone depends on many factors. Selling it as early as possible can ensure you a good deal, but I advise you to never sweat it too hard. Even if you are not at the right time and there’s a gap of a few months, you will still be able to make money, though less, however, the difference wouldn’t be much.

The depression or decline in prices doesn’t happen forever and that too is not at a steady rate either.

By staying a little aware and knowing the best time, you will surely be able to knock off the most money possible to fund your next purchase.