Why Your Baby Spit Up? Here’s How to Overcome It 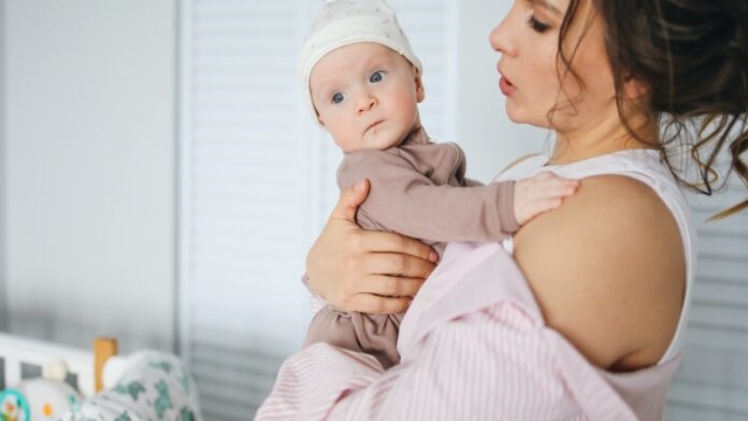 Babies who often spit up certainly cause concern for mothers. However, do you know that spitting up is a natural thing when the baby is still breastfeeding. Spitting up can be a sign that the baby is getting sufficient milk or not.

Keep in mind that spitting up is different from vomiting. Vomiting occurs because there is a strong push and contraction of the abdominal muscles to expel the stomach contents and this can be very painful for the baby.

Meanwhile, when spit up, the baby secretes fluids easily without pressure from the baby’s stomach and usually occurs together with burping, coughing, choking or when the baby refuses food. If your baby refuses food, check out how to feed a difficult child.

According to the American Pediatric Association (APA), spitting up is the backflow of stomach contents into the esophagus and expelled through the mouth which takes place involuntarily.

In addition, the cause of frequent spitting up of babies is because the baby’s esophagus has not fully developed, and the size of the stomach is still small.

This muscle ring serves to prevent the fluid from rising back into the esophagus so that this muscle ring will close when milk has entered the stomach.

However, at the age of a baby who is still a few weeks to 5 months old, the muscle ring cannot fully function, allowing the milk to return to the esophagus and this is the cause of the baby feeling spit up.

The frequency of spitting up in babies also varies, can be quite frequent, rarely, or even every time they are given milk or food. This condition is classified as normal if the baby shows attitudes such as:

However, as the baby gets older, the intensity of spitting up in the baby will decrease and stop on its own in the 4-5-month age range.

If the baby is not fussy and has no weight problems, then this is nothing to worry about.

Read Also: How to Make a Baby Stop Crying

How to deal with spitting up in babies

Although spitting up is common in healthy babies. However, the mother must be alerted to handle it if the baby feels spit up because the baby will feel uncomfortable if this continues. There are several ways you can treat spitting up in babies, including:

When Breastfeeding, Position the Baby’s Head in an Upright State

When giving breast milk or solid food, keep the head upright. Maintain this position for 20-30 minutes after he eats so that the food does not rise back up into the esophagus.

Give enough breast milk or food

The way to prevent the baby from feeling spit up is to give breast milk, formula milk or solid food in moderation and it is advisable to give it in small portions but often. Also make sure to burp your baby after each feed or between feeds.

Also pay attention if the baby continues to feel spit up, this could be due to formula milk being used, such as in lactose intolerant sufferers who must reduce their consumption of cow’s milk.

A teat that is too large will make your baby choke and spit up easily. If you want to give formula milk without a cereal mixture, use a pacifier with a hole that is not too large to avoid too much milk coming out.

Do not sleep on your stomach after feeding

Give a pause of 20-30 minutes after the baby has finished breastfeeding while still positioning the baby in an upright state.

To work around this, you can hold the baby while talking to him to stimulate the child to speak fluently.

After that, you can return to lulling the baby with the head position slightly higher than the body.

This is to prevent the baby from sleeping on his stomach and the risk of Sudden Infant Death Syndrome (SIDS).

Well, that’s the cause and how to deal with it when the baby spit up. Although spitting up often occurs in healthy babies, mothers need to know how to handle it so that the baby feels comfortable.

Moreover, the digestive system in babies is not fully developed. If you find problems regarding your baby’s breast milk needs, immediately consult with the nearest doctor.

Read Also: How To Boost Self Confidence In a Child

Design Your Own Engagement Ring